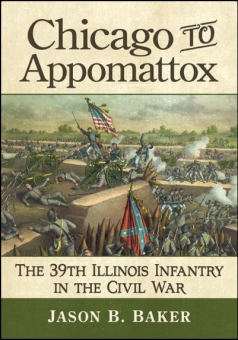 Chicago To Appomattox: Available Now!
When Chicago lawyer Thomas Osborn set out to form a Union regiment in the days following the attack on Fort Sumter, he could not have known it was the beginning of a 6000-mile journey that would end at Appomattox Courthouse four years later. With assistance from Governor Richard Yates, the 39th Illinois Infantry—“The Yates Phalanx”—enlisted young men from Chicago, its modern-day suburbs, and small towns of northern and central Illinois.
While most Illinois regiments fought in the west, the 39th marched through the Shenandoah Valley to fight Stonewall Jackson, to Charleston Harbor for the Second Battle of Fort Sumter and to Richmond for the year-long siege at Petersburg. This book chronicles day-to-day life in the regiment, the myriad factors that determined its path, and the battles fought by the Chicagoans—including two Medal of Honor recipients—who fired some of the last shots before the Confederate surrender.

Jason is donating book royalties to the American Battlefield Trust--to preserve and protect hallowed ground--and to local historical organizations of the cities and towns that made up the 39th Illinois.

Get Chicago to Appomattox promotion, giveaway and appearance updates

Jason Baker is a United States Air Force officer with an educational background in political science and national security studies and the author of the Chicago To Appomattox. A native of the northern Illinois area the regiment was from, Jason had two ancestors in the little known 39th Illinois Infantry whose journey the book details.

The views expressed on this website are those of the author and do not reflect the official policy or position of the United States Air Force, Department of Defense, or any other organization.

Sign up for Chicago to Appomattox release date, promotion, and giveaway updates! 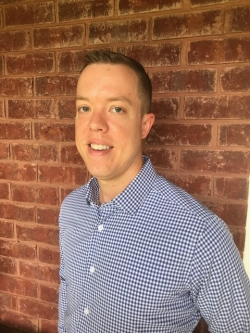